The British have tea often, and it can, and often is, the center of an afternoon gathering.  Tea seems to have become a focal point of British culture.  So, hosting an afternoon tea for friends and acquaintances of British descent can be appreciated, whether or not the guests actually like tea.  There are few occasions for celebrating the British culture, since there is no real national holiday one can use.  A tea is the best option that can be used for heritage pride.

While a tea is often associated with afternoons, people who work during the afternoon will appreciate having a weekend event.

Tea is the central item needed for a tea party.  Since people have different palates it would be wise to offer a variety of brews, since each tea has a distinctive flavor.

Each different tea deserves to be served from its own teapot.  While it is not a real necessity, you might wish your gathering to be decorative, at least in a minimal manner.  Use decorative teapots.

Have a list of which tea is in which teapot.  This will be well appreciated.  And do not be surprised if some attendees partake of several varieties.  The expectation that this could happen will allow you to brew enough so you do not become embarrassed by running out of a type of tea.

British desserts are not so easy to find in the United States, which is strange since the thirteen original colonies were settled by the British.  The best option is to bake your own.

Desserts must include scones.  Of course, freshly baked scones are superior to any you could buy, even if they are available.  Baking scones is about achieving the proper softness in the interior while having a crusty element on the exterior.  So, you cannot substitute biscuits.

Other British pastries are also needed.  Having a lack of pastries from which to choose will not be well taken by your guests.

Serving a tea party requires ample teacups.  It also requires a protective tablecloth, and probably trivets upon which to place the hot teapots.  An option is to set the teapots on a tray.

Since spills happen, avoid ruining the pastries by having them on a separate tray, or even more than one additional tray.

Set out such essentials as butter and strawberry jelly for the scones, and anything your guests will likely add to the tea.  Do provide napkins.  Aside from the scones and tea, the other dessert pastries should need nothing in the way of additions beyond napkins to hold them opon. 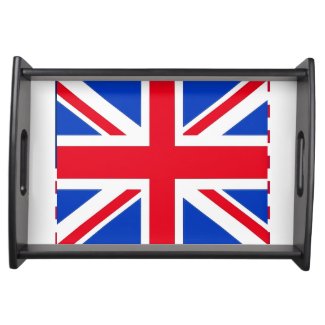 When you have difficulty finding a what is needed to have the type of gathering you wish, just think and improvise.

Any cookies that may not be particularly necessary for the website to function and is used specifically to collect user personal data via analytics, ads, other embedded contents are termed as non-necessary cookies. It is mandatory to procure user consent prior to running these cookies on your website.